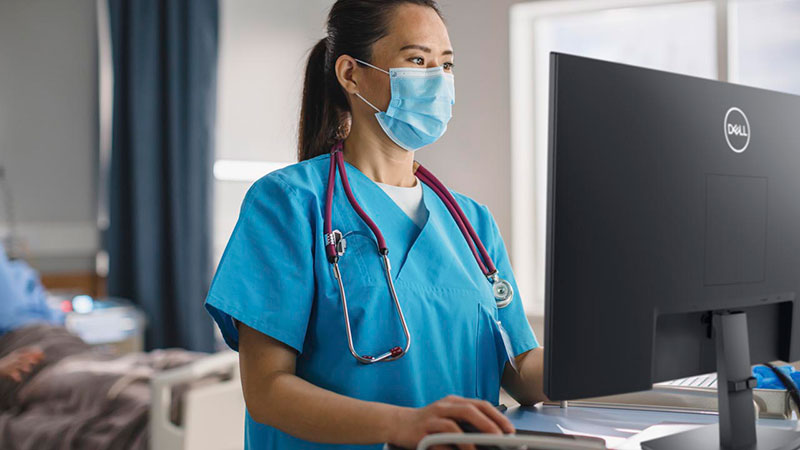 For instances where conventional cardiorespiratory monitors requiring electrodes and leads would injure damaged skin or prove too cumbersome, a contactless device can fill a vital need, according to a team of scientists from the University of Sydney.

The team has developed a low-cost, high-resolution radar technology that uses millimeter-wavelength signals to monitor people’s vital signs such as breathing and heart rate. The device is so sensitive it can detect an object’s location, speed, and angle in millimeters.

Professor Benjamin Eggleton, the principal investigator for this research and Director of the University of Sydney Nano Institute, explained that his team tried to develop a system to identify different aircraft types of similar sizes and shapes – in detail that is lost on conventional radar. The device failed to work because of the range limitations, but they found that they could resolve centimeter-scale details close-up. That finding gave them the idea of adapting their technology for human and animal health applications.

“Our invention represents a breakthrough with photonics. I’m excited about the potential non-traditional applications of this technology regarding human movement,” Eggleton said in a statement.

According to David Gubbrud, an emergency room physician at the University of Minnesota Medical Center, a device like this could also be especially useful in cases where conventional electrodes won’t stick.

“Heart rate and respiratory rate, to just monitor that on a patient, without having three big wires, could prove beneficial. [And] if a person is diaphoretic—drenched in sweat—it can be hard to get those leads to stick on them, he said in a Dell Technologies blog.

Eggleton explained the new system differs from conventional radar because it uses photonics and can handle a much broader range of frequencies without requiring any high-speed electronics, allowing the device to generate higher-resolution images in a simple format.

Research co-lead, Ph.D. candidate Ziqian Zhang said he “hopes to see real-world applications of this low-cost technology” in the future.

The experimental radar technology currently exists only as a tabletop laboratory prototype.

But in its current condition, it can track the rise and fall of a person’s chest as they breathe – even through clothing and blankets – an essential capability to ensure patients’ privacy. Traditional health surveillance methods such as cameras capture a patient’s face, whereas radar, which uses only radio waves, allows patients to remain anonymous, preserving privacy.

Next, the researchers plan to test their system on cane toads and ultimately on human participants. The technology is safe, and the research is undergoing ethics approval to proceed.

“We need to demonstrate, in a real-world setting, that we can separate the vital signs from all the background noise,” Eggleton explained.

He added that conversations are underway to obtain potential commercial partners to fund the development of a medical-grade, smaller-size version of the prototype for further testing.