UT Austin Robots – Getting to Know You 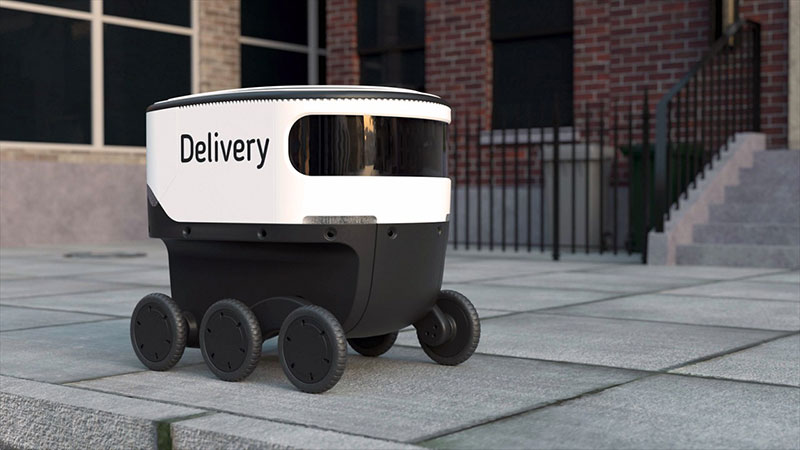 Anyone who has strolled a college campus in the last few years has seen – or maybe stepped out of the way for – an autonomous delivery wagon running along pre-arranged routes bringing munchies and other vital supplies to students and faculty.

Now that the robot delivery ice has been broken at many schools, the next step is for the bots to start learning more about the behavior of the humans who count on them, all with the aim of improving safety and efficiency of operations.

That’s the path that the University of Texas at Austin (UT Austin) is taking. In preparation for rolling out a robot delivery network on campus in 2023, researchers at the university will use a fleet of robots to understand and improve the experience of pedestrians who encounter the robots.

Funding for the effort is coming via a $3.6 million grant from the National Science Foundation (NSF) to support creation of the delivery network.

In addition to rolling out the autonomous vehicles, however, researchers are also planning a five-year study focusing on what it takes to create, safely operate and maintain this kind of robot network, while also adapting to the humans who live and work around it.

“Robotic systems are becoming more ubiquitous,” said Luis Sentis, a professor in the Cockrell School of Engineering’s Department of Aerospace Engineering and Engineering Mechanics and leader of the project. “In addition to programming robots to perform a realistic task such as delivering supplies, we will be able to gather observations to help develop standards for safety, communication, and behavior to allow these future systems to be useful and safe in our community.”

The longer range goals of the project are potentially ground-breaking.

UT Austin said in a blog post that the team’s research “promises to become the most extensive data about human-robot encounters in public spaces to date.” The university added, “over time, the team will learn how state-of-the-art robotic autonomy and a real-world community can best co-exist.”

Once the network is up and running, the UT Austin community will be able to order free supplies such as wipes and hand sanitizer via a smartphone app. The robots will deliver them to certain pedestrian zones on campus, door-to-door.

While the robots roam the campus on their appointed rounds, they will encounter hundreds of pedestrians – and learn from them. UT Austin said that researchers want to understand what kinds of behaviors and interactions are expected from the robots during these encounters while ensuring their tasks are successfully completed.

Researchers undertaking the project will use dog-like robots from Boston Dynamics and Unitree. Later on in the program, robots will go out in teams of two, monitored both by chaperones and people remotely. UT Austin said that means researchers will always have the ability to stop the robots, if necessary.

The big-picture goal is to gain insights from observing and interviewing people who encounter the robots in a variety of contexts. Acknowledging that reactions to the robots will likely vary widely, the team wants to develop tools for understanding the full range of experiences encountering robots on campus can produce.

UT Austin said that this work can help designers figure out how the next generation of public-facing robots should be designed to co-exist within diverse communities.